TSCM and GROUND SIGN AWARENESS - Why is GSA important 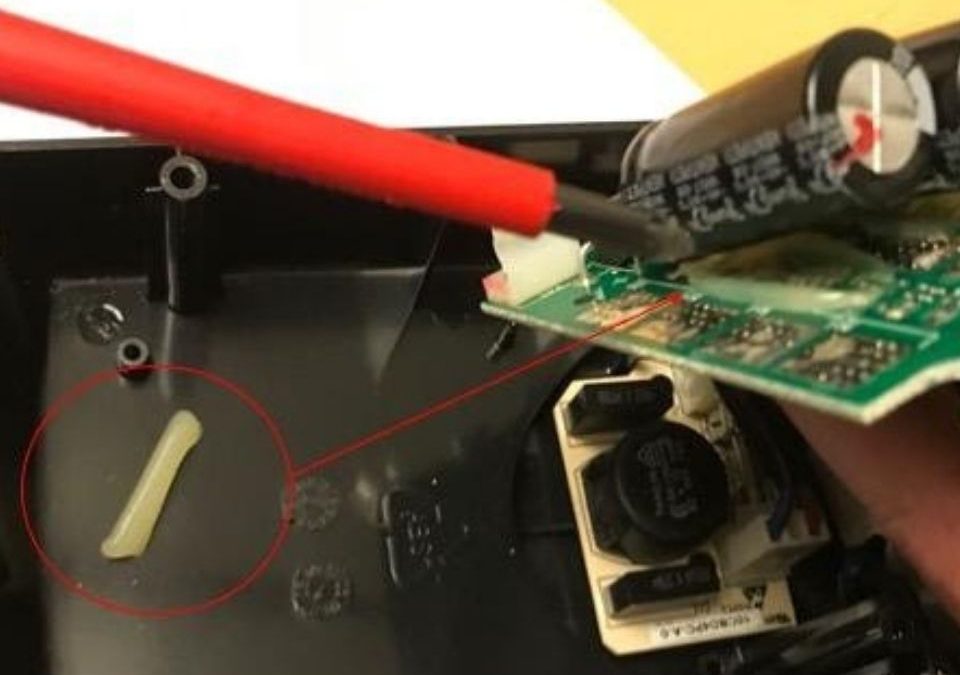 Why GSA is a key element in TSCM Sweeping!

Ground sign awareness/ GSA is not only used by soldiers on the ground in Afghanistan and Iraq to detect IED´s and other signs of danger, but the term GSA is probably mostly known from the military world.
Sign awareness is basically the ability to see signs of something that is not right or out of place. Some also refer to it as a “combat indicator” meaning that something here could pose a threat.
But is it always so?
And how does one get better at working with Sign awareness? 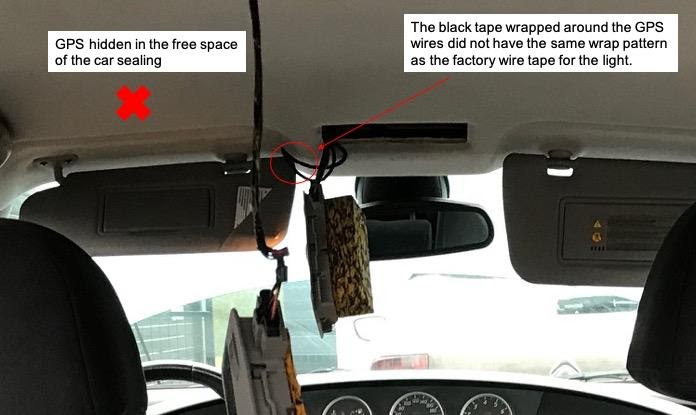 Ground sign awareness is an important part of TSCM

Working with GSA as part of a TSCM sweep requires knowledge about the premises and the surroundings that you are working within.
But some things should raise the alarm if you come across them since a lot of offices look alike and a lot of the routines in a company or office environment are the same.
The initial visual inspection of the premises gives a good overall understanding of the state the premises are in.
Is it an old building with visual wear and tear, or is it a brand-new facility with no old leftover wires, holes in the walls, etc.? 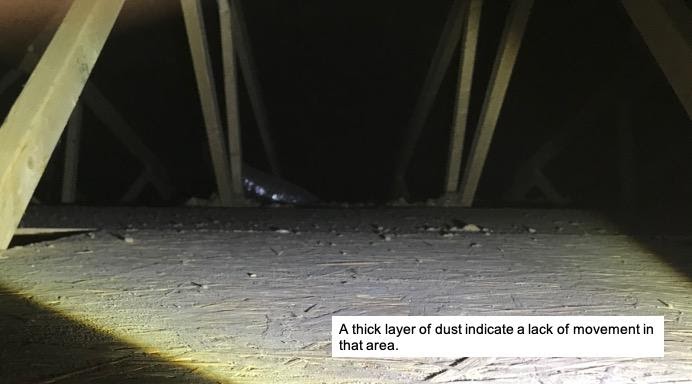 Dust and spiderwebs are your friend

Most people are not fans of dust or spiderwebs, but for a TSCM team that is not necessarily a bad thing. Attic and above ceiling inspections can sometimes be a hard job but knowing what to look for you can very often exclude a physical search of the area based on GSA or get a clear hint that something has to be checked out.
If you know that the same premises are to be swept again later, then photo document it in order to compare next time. What you saw last month is not necessarily what you are going to see next month!

Sweeping a new location is of course more difficult when you talk about GSA then a location that has been swept before. During the initial walk through, always bring a person/employee from that location with you.
The employee will help you discard the non-important signs and can most of the time give you a good explanation to something that might look highly suspicious or out of place.
A janitor or a person from the maintenance staff is usually the best to bring along if possible, since they know about recent improvements and maintenance on the location.

Want to know more about TSCM/bugsweeping

Press this to know more 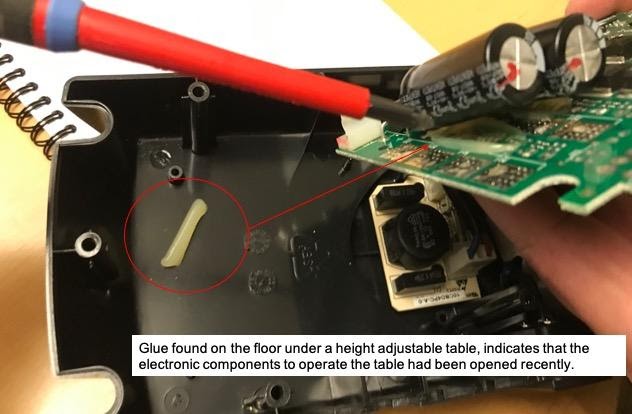 Glue under the desk and Undisturbed ground

On one occasion a piece of glue was found underneath an height adjustable table in an office environment.
Since the piece of glue was quite large and there was not an object that could have been dragged in from outside, the employee got suspicious and after hearing that someone had tried to enter the building the night before he reported it and management called in our TSCM team.

During the exploitation of the electrical parts of the table it was discovered that the piece of glue came from the inside of the box containing the batteries underneath the table.
No hidden listening devices were found, but it was very clear that someone had been tampering with the table during the night.

“Undisturbed ground” is a positive thing when you do a SWEEP. This does not mean that you can totally discard it, but depending on the possibility for a perpetrator to reconstruct what he or she has tampered with is a very useful tool to take into consideration. 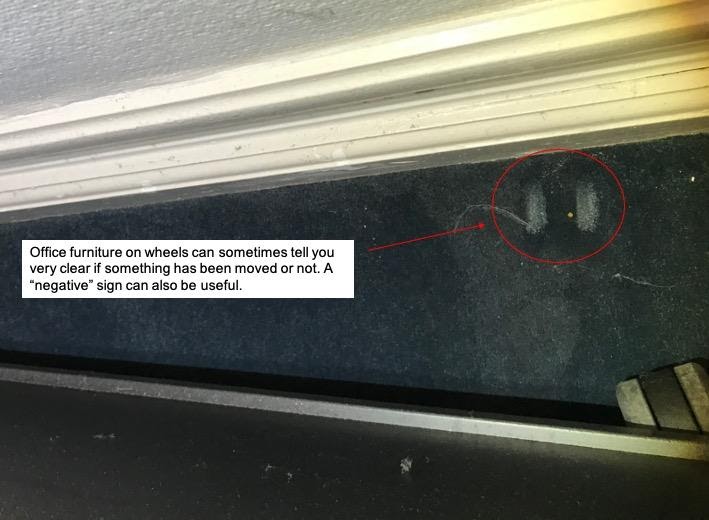 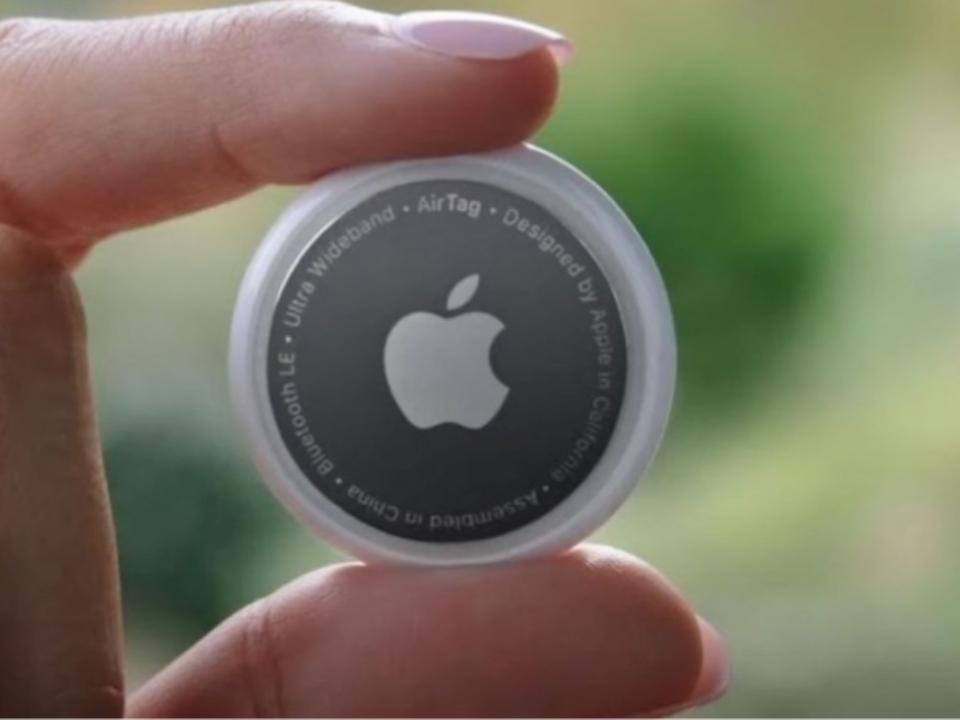 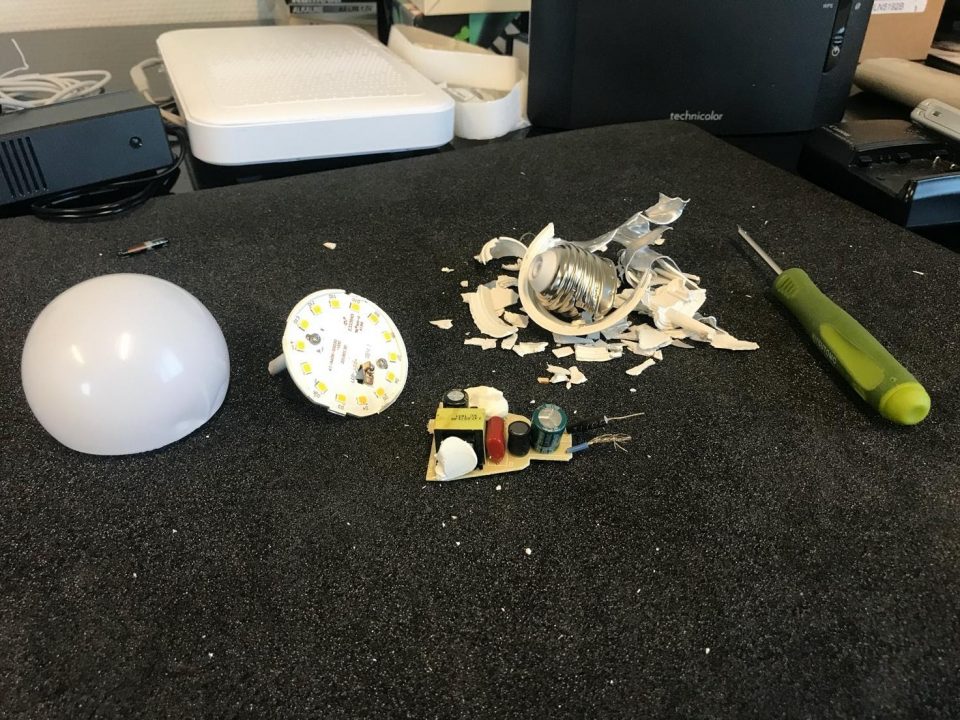 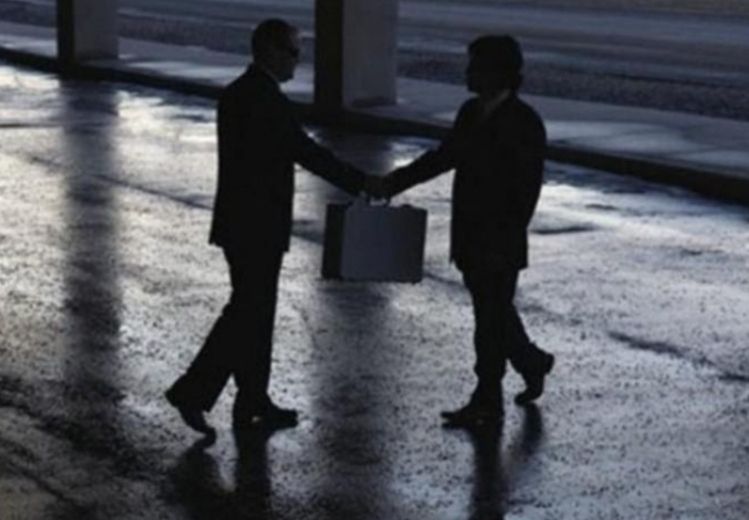